We all know that the men and women of the armed forces work hard at not only preparing for any situation that may come their way, but also at settling conflict around the globe. Well, fortunately, its not all work for the men and women of the US Marine Corps. For those of you that are not familiar with Marine Corps traditions, the Marine Corps was “born” in Tunn Tavern in Pennsylvania on November 10th 1775. There is a lot of tradition and history in the Marine Coprs. More so than any other branch of the military. Every year around November 10th, every unit has their birthday ball. All the marines from the unit come together and take time to not only celebrate but to remember the long, illustrious history of their beloved corps. From the P.O.W./M.I.A. table that represents all those who have not been found or have paid the ultimate sacrifice in service to our great country 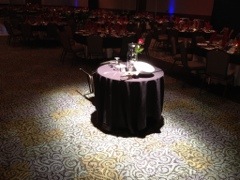 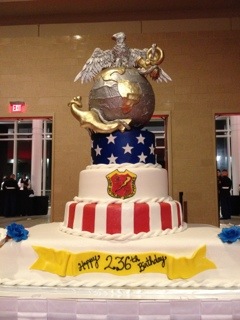 During the cake cutting ceremony, the first two pieces of cake are given to the youngest and oldest marines present. This symbolizes the passing of these traditions from one generation to the next. 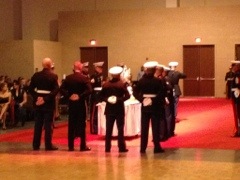 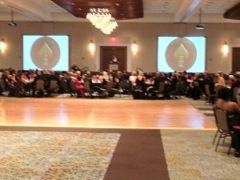 Now I don’t want you to think that it is all “Ceremony and Tradition”. Ultimately, the folks of our armed forces come to have a good time! And just so you know, they play just as hard as they work! The DJ cranks it up and plays all of their favorite tunes while they partake of various “spirits” and dance the night away! 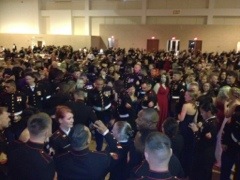 Sometimes it’s just good to know that our men and women in uniform get the opportunity to mix it up and have a good time. After all, they spend the rest of their time defending our right to do whatever we want, whenever we feel the need to do it. Hats off to everyone in all of our armed forces for keeping us safe and doing so at the expense of themselves and their families.