DJ Vinny G updating our blog about the New Year’s Eve wedding party that we had at Marston Pavilion on Camp Lejeune. 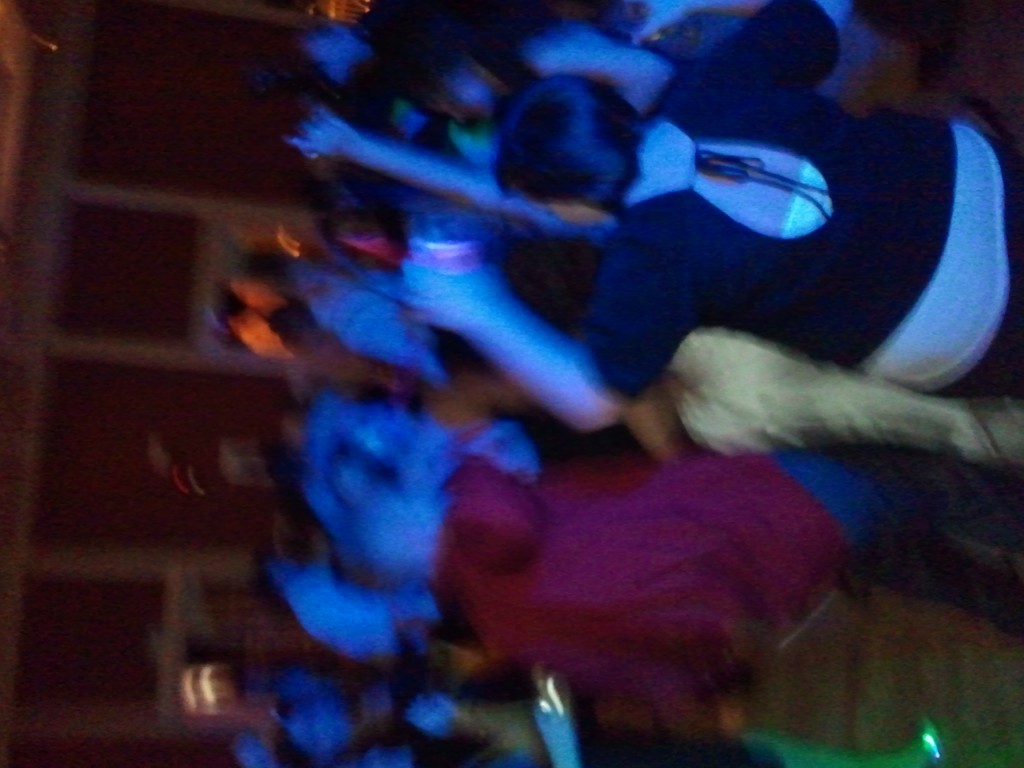 Colette and Richard Bermudez along with the bridal attendants were introduced as soon as the reception started to “Sexy and I Know It” by LMFAO, and everyone partied on their way down the middle. I think the best moment was Richard doing the “sprinkler.” Colette and Richard immediately had their first dance, “Just the Way You Are” by Billy Joel. Dinner was then served, and the Marston Pavilion did a bang-up job with the food.

The newly wedded Bermudezes cut the cake, and toasts were given by the best man and matron of honor. The best man had everyone in attendance cracking up with great stories about Richard. Afterwards, Colette’s dad had a dance with his daughter to “Butterfly Kisses” – stunningly sang by Mr. Simian Beaty, Colette’s Dad. I’d be lying if I said I didn’t get a little misty watching those two. Richard danced with his mom to “Forever Young” by Rod Stewart, and the Good Luck Dance was “Lead Me” by Sanctus Real. After that, it was a party until 1 a.m. We did the Cupid Shuffle, Cha Cha Slide, the Wobble, and even moved it like Bernie! The countdown at midnight was spectacular, bottles were popping, noisemakers were going, and of course I had to play “Auld Lang Syne.” We did plenty of Latin music for all the people in attendance from Miami, and some Miami-style house music as well. The last song of the night was by Rihanna and Calvin Harris, “We Found Love.” While everyone was fist-pumping and still partying it up, I saw Colette and Richard having a moment together on the floor, singing the lyrics to each other and kissing between the words. Those two had L-O-V-E written all over their faces, and I was happy to spend time with them on their special day.

But, I think the best moment was Monday afternoon. I got a text from Colette.

“Hey Vinny! Thanks for everything it was perfect :)”

THAT is why I do this job.